I have been feeling much better today after a good nights sleep. Sleep makes a lot of difference and I only wish that I could guarantee 8 hours quality  shut-eye every night as this would make my life so much easier. My GP has told me that the last thing that returns to normal after a depressive episode is sleep, so in the meantime I just need to be grateful for what I get.

What worries me about today however is that I have done much more than I have done for many months. This is dangerous territory for anyone suffering from ME/CFS as it usually means that we will pay the price tomorrow, next week, next month when our bodies realise that we have expended far more energy than we have stockpiled and we are running “on empty”. I am therefore determined to rest tomorrow to try and recover some of the excess energy I have used today. It may work, it may not and I have only myself to blame if I have overdone things to the extent that it exhausts me. Pacing is absolutely the key to managing this illness and if I don’t have the discipline to do that I can expect a relapse.

Harsh but true. Unfortunately. I am sure that there are many more people out there who experience the same challenge. Those who like me are normally high energy, high achieving individuals who now find that we have to be more measured and conservative in our approach to life. Sadly our energy and enthusiasm are our enemy and it is difficult to manage the reality of our performance against our expectations.

Grrrrrrr…it is very frustrating and I doubt whether I will ever come to terms with having to rein myself in but I can only do my best. Every day I am working against the high tide of my personality type. I am not measured and controlled. I am emotional not objective. I feel things deeply and I never, ever stop doing things. From the moment I get out of bed to when I eventually close my eyes at night, I am doing something constructive. Otherwise, it’s a waste of time.

Living in both sides of a parallel universe would be a perfect solution but I guess that’s too much to expect!

In the meantime I have to conserve my energy as best I can and move forward. I have hope and support from friends, family and colleagues. I will not let this illness stop me from doing what I do best.

After months and months of surviving on between 2-4 hours sleep a night I have now developed a need to sleep all day. Well, not quite all day, but a lot more than I am used to and all without my usual medication.

I don’t know whether I am catching up on the sleep missed or whether this is another symptom of my current depression episode. I am not sure if its good for me or not. I am trying not to worry about it too much and instead go with the flow. If my mind and body say “sleep” I sleep. I am in no position to argue as I am too tired to fight it.

After 12 hours sleep last night, I have also slept for a total of 5 hours between 11.00am and 7pm today. I am still yawning and doubt that I will have any trouble in dozing off soon after my evening meal. There has to be a limit on catching up so I am hopeful that by early next week I will be feeling much livelier. If not, I will need to reassess my coping strategies planning for my return to work. I don’t really want to be falling asleep at my desk!

Abnormal sleep patterns are a common symptom of depression and it seems that I am experiencing a range of disorders during my latest battle. Perhaps if I get them all out of the way I can move on to establish a healthy pattern of 7-8 hours per night which should suffice.

In the meantime, at least I have Tom to keep me company….

Margaret Thatcher, our first and only female Prime Minister to date, died aged 87 on Monday and whatever your thoughts about her outlook and achievements, she made an impact.

Like many I’m sure, I could write a book on my personal thoughts about her legacy, but one article in the press today in particular attracted my attention. Apparently, Margaret “Maggie” Thatcher not only survived, but thrived on only 4 hours sleep a night.

Now I don’t have the responsibility or high-powered job that she had but I too normally rely on just 4 hours sleep to get me through the day. Always active, my sleeping pattern has caused much hilarity/concern/amazement over the years , and being a sensible person always living in fear of my next depressive episode I need to make sure that I get sufficient rest. This means in practice, more than 4 hours unconscious rest is required!

It would be nice to exist on just 4 hours of shut-eye but in reality for me that’s difficult. I am very physically active, increasingly demanding but absolutely hopeless if I only get 4 hours on a regular basis. My solution to this dilemma is to take mild anti-depressant/sleeping tablet-Amytryptyline. The joy of these tablets is that they don’t send you to sleep (I’m tired enough as it is) but they keep you asleep. This is exactly what I need as I am so exhausted by my efforts at the end of the day that I’m “gone” as soon as my head touches the pillow but after 4 hours asleep my brain wakes up again. My husband laughs when he says he brings me a cup of tea 5 minutes after I disappear upstairs only to find me snoring away merrily but  after only 4 hours of blissful rest I’m awake at 2am ready and raring to go and instead I am listening to his snoring!

Perhaps one day my brain will slow down and my energy levels will subside  so that I am able to live life at a more sedentary pace. My family will undoubtedly rejoice!

Until then, I will keep taking the tablets in the vain hope that one day I will survive without.

The weather forecast has been poor all week, but I was always hopeful that somehow we would escape the snow and ice coming our way and continue with our normal Saturday ice-skating lesson routine.

Alas it was not to be and as the snow gradually turned into a frenzied blizzard early this morning I turned the radio on just in time to hear the traffic report which also told me that the motorway junction we exit to fetch Will was closed due to an accident. Going cross-country didn’t seem such a good idea when the strong advice was not to travel unless necessary, so being the sensible soul I am, I resigned myself to no Will this weekend and no ice skating either and arranged to stay at home.

This hasn’t been such a bad thing though as it has meant I have enjoyed a lazy day which is a rare occurrence for me and one which I would normally rebel against. I like to be on the move, to do things. I don’t rest until my head hits the pillow and then only for an average of 4 hours sleep so for me to go back to bed and sleep until 11.30am this morning was a rare thing indeed.

With nothing to do outside, the garden is under 6″ of snow, the wind is bitter cold and the road treacherous, I have enjoyed sorting out my blog (note the change in format and colour) adding some new links and pictures and deleting the old ones which no longer work whilst listening to old ABBA CDs and watching Inspector Morse episodes! What an admission and bang goes any street cred I had left! But it’s not so bad….

They say a restless body can hide a peaceful soul
A voyager and a settler, they both have a distant goal
If I explore the heavens, or if I search inside
Well, it really doesn’t matter as long as I can tell myself
I’ve always tried

“The secret of a happy life is to know when to stop – and then go that bit further.”

“When I’m thinking, I get thirsty.”

No anti-depressants, no counselling, no psychotherapy, no sleeping tablets, no set-backs, no devastating “lows” and equally, no manic-high energy phases either. No dibilitating exhaustion, no persistent nagging expectation. In short, no depression.

Instead a calmer, more philospohical approach to day-to-day living, accepting slight swings in mood as perfectly normal and nothing to panic about. Final realisation that I’m not Superwoman and never have been (only in my head) and I can only do my best. If my best isn’t good enough, I’m destined for other things but actually, my best isnt that bad. 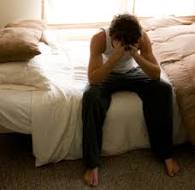 One of the most common symptoms of depression is insomnia. I know how it feels to go night upon night with no more than an hour or two in a light, disturbed sleep. In fact I am writing this post at 02.30am having slept for my allotted 4 hours.

This does nothing to help my recovery from depression, and when you are trying to work, look after yourself and your family, there is nothing worse than starting off the day on the back foot. Insomnia comes in many disguises and mine means that I am able to fall asleep as soon as my head touches the pillow but wake after only 4 hours of shut-eye. Some people however just can’t drop off at all. With the little sleep I get if I don’t take my sleeping tablets I am irritable and increasingly stressed and so most nights I take medication that helps me stay asleep. Whilst the tablets undoubtedly work, they can leave me with a fuzzy head in the morning and it can take me a while to come round fully.

There are many things you can do to improve your quality of sleep. Here are a few ideas which you can start with, before consulting your GP for further assistance;

If you have tried self-help and you are still experiencing problems sleeping, consult your GP who may recommend the following treatments (NHS Choices);

There is nothing worse than sleep deprivation and it is more common that you think so if you need help with your sleep, seek advice.

10 ways to get a good nights sleep