We still have stubborn snow drifts that refuse to shift in the sub-zero temperatures that we’ve had to endure all week. Snow is a pain in the a**** when you need to get to work, do the shopping and get the kids to school without mishap but when you are on holiday as we were at Easter 2008 in the Lake District, snow can be amazing! I can’t believe that it was 5 years ago that I was walking up Orrest Head in virgin snow above Lake Windermere taking advantage of the peace and quiet with not a soul in sight at 6am! I remember returning to the B&B and waking up Feri & Will for breakfast, then doing it all again as a threesome! They thought I was completely mad but the views were spectacular. 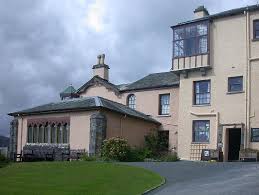 I have always loved hills and mountains. The Malverns, the Lake District, The Austrian Alps. I was even persuaded to look out of the aeroplane window when flying over the various mountain ranges between here and Iran! Here is a very brief tribute;

“It isn’t the mountains ahead to climb that wear you out; it’s the pebble in your shoe.”
[Muhammad Ali]

I will lift up mine eyes unto the hills, from whence cometh my help.
My help cometh from the Lord, which made heaven and earth.
He will not suffer thy foot to be moved: he that keepeth thee will not slumber.
Behold, he that keepeth Israel shall neither slumber nor sleep.
The Lord is thy keeper: the Lord is thy shade upon thy right hand.
The sun shall not smite thee by day, nor the moon by night.
The Lord shall preserve thee from all evil: he shall preserve thy soul.
The Lord shall preserve thy going out and thy coming in from this time forth, and even for evermore.

January 4th-On this day in 1967, Donald Campbell was killed on Coniston Water trying to break his own water-speed record whilst travelling at more than 300mph. His daughter Gina, herself a water-speed record breaker is quoted  ” He always said that Coniston would get him some time, and that the lake used to wink at him…and say “I’ll get you one day”, and of course, she did”.

Not many people realise that Donald Campbell suffered with severe bouts of depression and wrote in his dairies;

`Life, the future, seemed a pit of unending depression. All we had worked for, aspired to, just a mangled twisted metal. Now there was nothing, only debt and despair. ”

`There was much to be done. My capacity for work, pathetic, I couldn’t sleep; the bouts of nervous fear, frequent and exhausting. ”

`Until now I had always had an utter contempt for suicide . . .”

There are some who now believe that Donald’s fatal crash on Coniston Water was in fact suicide. We will never know for certain but what we do know is that he was a tortured soul for many years, living life on the brink and in the end, he paid the ultimate price.

Campbell’s body was only recovered from Lake Coniston in May 2001 and he was interred in Coniston cemetery on 12 September 2001 after his coffin was carried around the lake.

You will find a memorial to Donald Campbell on the Village Green in Coniston as well as photographs and memorabilia as part of the Campbell exhibit in the Ruskin Museum situated near the town centre.