Well. It was tough, it was tricky and it was too much at times but I have trimmed my diary as far as I want to at this stage in an attempt to reduce stress, fatigue and the personal expectation that I can do everything and be everyone to everybody. The words of the BUPA Consultant ring in my ears when I recall that she told me years ago that unless I changed my mind-set I would not be able to cope with getting older, having to slow down and readjust my goals. I remember that I clearly pooh-poohed her and stomped out in a huff saying that will never happen and I won’t accept it. Mmm….seven years on and I guess she was right.

One of my favourite sayings at work is “Delegate, don’t abdicate” and people must be fed up of me telling them to take responsibility for what they ask others to do rather than apportion blame when something goes wrong. This is fine at work. It makes sense. So why I have I not taken more responsibility for my own welfare and done more delegating of my personal “work”  load instead of trying to do it all myself?

There are many and varied complex answers to this question but I realise it has to change. I need to ask for help from friends, family and colleagues. I’m not good at asking for help. To me it indicates weakness and an inability to cope. In fact, it is quite the opposite and for a natural team-player it shouldn’t be too difficult. So, after a couple of days holiday when I will get a brand new lap top to play with, followed by a pamper day at the Champney’s Springs Health Spa I will be ready to embark on my “new” life. A new attitude; A new diet and health regime and no more being second-best.

Take cover. This girl is on the rampage to recovery. 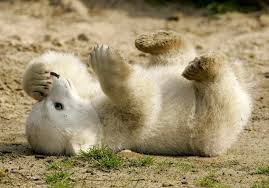 Two years ago now, I was lucky enough to spend some time working in Berlin during a beautiful warm summer. The balmy weather meant that once work was over, I spent most of my evenings and weekends wandering around the City taking in all the sights by foot, boat or open-top bus. I was amazed by what I saw and Berlin became one of my favourite destinations overnight simply because of its fascinating history and the number of new buildings which have appeared since the wall came down in 1989. There is so much to see, and plenty of quirky sights in addition to the traditional Brandenberg Gate, Reichstag etc. Here are some that I came across.

Although the wall is no longer there in its entirety, there is still a section in its original state at the outdoor museum on Niederkirchnerstrasse which compliments the sobering experience of the Topography of Terrors exhibition on site. The original position of the wall however is marked throughout the city by a double line of bricks embedded in the ground. It is very strange to see these lines of bricks stop suddenly at a new building, only to reappear the other side.

There are also plenty of wall sections dotted around Berlin which have been painted in bright colours and are found outside shops, restaurants and railway stations.

Another colourful addition to Berlin streets, shopping malls and embassies are the promotional Buddy Bears. The bear is the symbol and mascot of Berlin and you cannot walk very far without coming across one of these delights.

One day whilst planning for the weekend, I read that there were 3 remaining watchtowers in Berlin out of the 300 or so originally sited in the city, and I was determined to find one. It sounded so simple in the guidebook. It wasn’t and I ended up emailing my sister in the UK to provide detailed directions until, after 2 hours of walking round in circles, I finally found one-down a dead-end street.

The architecture of the new buildings, mostly in what was West Berlin, is very modern and striking and contrasts markedly with the more traditional buildings of the East. The diversity of culture, architecture and the people of Berlin makes this one of the most cosmopolitan and fascinating places to visit-I thoroughly recommend the experience.

Remember Trabant cars? Apparently Trabant  means ‘satellite’ in German, and the design was inspired by Soviet Sputnik!?  Since it could take years, usual waiting time 15 years for a Trabant to be delivered from the time it was ordered, people who finally got one were very careful with it and usually became skillful in maintaining and repairing it. The lifespan of an average Trabant was 28 years. Well, you can still have the dubious pleasure of driving one of these cars around the roads of Berlin on your very own “Berlin Safari”. Although whether you would want to or not is a different matter.

So just a few of the more light-hearted visitor attractions on view in Berlin. There is also plenty of the more traditional sight-seeing to do; museums to visit, history to absorb, vast parks to explore, sculptures to admire and festivals to enjoy. And let’s not forget the world-famous Berlin Zoo, complete with Knut, the polar bear. If you do visit, just remember that Knut is no longer the white, fluffy, cute baby he once was when he captured the world’s imagination and caused such controversy when he was saved from certain death after his mother rejected him at birth. He is now 5 years old, and looks just like an adult polar bear should- Certainly not “cute” anymore. When I saw him in 2008 however, he was a playful, energetic and funny creature and made compulsive viewing-he was on form that day and he entertained the crowds like a true star!