I am by nature an early riser but it has to be something pretty special to coax me out of my bed at 4.00am and I was hoping that today wouldn’t disappoint as I rolled out of bed and into the shower this morning. We were off to Abyaneh, a famous Iranian “historic village” then skirting the central desert via Natanz to Kashan. I was not to be disappointed.

Abyaneh is a remote settlement nestled high in the Karkas mountains and it’s red. The houses are built from the red-ochre coloured mud which gives them their distinct appearance and they butt into the steep slopes so that there are no back gardens and the emphasis is very much on the house fronts. We didn’t get to see inside a house but apparently there are no stairs becuase they use the natural slope of the mountain to climb between stories.

Most of the original carved wooden doors remain intact and when you look closely you will see that most doors have two knockers-one for men the other for women. This enables the person indoors to tell by the knock whether the visitor is a man or a woman (rarely is the “wrong” knocker used).

Unusually for an Islamic community, women enjoy equal rights with men and traditionally this has meant that many have not married until they are at least thrity and no more than three children are born to a family. Perhaps this emancipation is why the ladies of Abyaneh are famous for their bright coloured clothes an unusual feature for Islamic women and something which the colourful ladies of Abyaneh have resisted despite several attempts by the government to change this.

Sadly most of the houses are deserted now and the younger villagers have moved away, many abroad. Tourists flock in droves to see the village and its remaining residents, especially the colourful ladies and whilst when we arrived at 7.30am there were few other visitors by the time we left at 10.30am hundreds more had arrived and there was nowhere to park.  It was clearly good planning to get up at 4.00am and I was pleased that we had done so.

Some of the ladies are more willing to be photographed than others and I always asked before taking a photo respecting those who did not want to be. I fully understand their reluctance. At best it’s a nuisance, but it can be invasive and inappropriate so asking first is a must even if you don’t like the answer. One particularly bright and bubbly lady happily posed for photographs and even insisted that we join her on some of our pictures.  Her enthusiasm became clear when she asked if we could send the pictures by email to her daughter who lives in Europe! I had to laugh but gladly we wrote down the email address and tonight I will be sending her pictures to someone, somewhere in Italy!

Other attractions in the village include the Congregational Mosque with a fabulous inlaid door. Sadly the mosque was closed so I was unable to see the painted ceiling which I had read about. The mausoleum ( “Holly Shrine” per the road sign) is also worth a visit if only for the views across the mountains from the verandah and its blue mosaic cone roof also shines out amongst the mass of red.

Abyaneh is an interesting place to while away a few hours and I was surprised to learn that we had been there for three hours. I was sad to leave without seeing more of the buildings further up the hill but it was getting very busy and we had places to go and things to see in Kashan.

Art of Marriage
by Wilfred A. Peterson

The little things are the big things.
It is never being too old to hold hands.
It is remembering to say “I love you” at least once a day.
It is never going to sleep angry.
It is at no time taking the other for granted;
the courtship should not end with the honeymoon,
it should continue through all the years.
It is having a mutual sense of values and common objectives.
It is standing together facing the world.
It is forming a circle of love that gathers in the whole family.
It is doing things for each other, not in the attitude of duty or sacrifice, but in the spirit of joy.
It is speaking words of appreciation and demonstrating gratitude in thoughtful ways.
It is not expecting the husband to wear a halo or the wife to have wings of an angel.
It is not looking for perfection in each other.
It is cultivating flexibility, patience, understanding, and a sense of humor.
It is having the capacity to forgive and forget.
It is giving each other an atmosphere in which each can grow.
It is finding room for the things of the spirit.
It is a common search for the good and the beautiful.
It is establishing a relationship in which the independence is equal, dependence is mutual, and the obligation is reciprocal.
It is not only marrying the right partner,
it is being the right partner.

Oh dear, it looks like Valentine’s Day is no more here in Iran. Shops in Iran have been banned from selling Valentine cards and gifts as the traditional lovers’ day gains increasing popularity in the Islamic republic

In the run-up to Valentine’s Day on Feb. 14 the printing works owners’ union issued a directive banning the printing and distribution of any goods promoting this day. This includes posters, boxes and cards emblazoned with hearts or half-hearts, red roses and any activities promoting Valentine’s Day.The backlash in the Islamic Republic is part of a drive against the spread of Western culture.

What a shame, but it’s quite nice to avoid the over-commercialisation of such celebrations and get back to the true meaning of what Valentine’s Day is all about. You can tell someone you love them, and express your love very well without the need for cards, over-priced red roses and expensive dinners. So maybe here in Iran they have it right after all.

Happy Valentine’s Day! I love You! 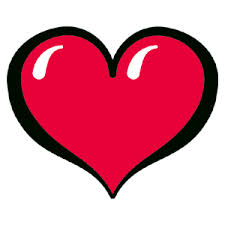 One of the concerns for Western women travelling to an Islamic country such as Iran is what to wear so that you respect the culture, but also keep cool in the mid-day heat which can reach 90+ degrees at certain times of the year. I did some research and found that loose clothing which hides the shape or form of your contours reaches your wrists and covers down to your ankles is recommended and is certainly obligatory for those visiting mosques. All this is in addition to a headscarf which must be worn at all times in public places. If however, you turn up at a mosque and you are considered to be inadequately modest, you will be offered a chadoor to wear during your visit. This is quite common for Western vistors and once inside the mosque, you will blend in with everyone else and any feelings of  self-consciousness will disappear very quickly.

I took plenty of scarves of all colours with me. It is not necessary to wear black although you will tend to attract attention if you go for the more adventurous designs. If you are fair-haired, or fair-skinned like me, also be prepared to be stared at in an inquisitive, polite way. It may take you a while to get used to but I never felt any malice or distain in those glances; merely curiosity.

Wearing a chadoor properly and for long periods however takes some practice and I quickly found that the best way for a novice to keep cool whilst dressing appropriately was to invest in a manteau. A manteau is a long, button-up coat-dress which can be worn on its own when hot, or over normal clothing when cooler. As it was 90+ degrees at times, I chose a black cotton version which was very simple and easy to wear. Mine cost a mere £9 and was THE bargain of my holiday.

A manteau with headscarf is all you need as long as you cover your ankles with long skirt, trousers, leggings or dark tights/pop-socks. Could it be more simple?  Hurrah for the Manteau!