Back in mid-November I wrote about some changes that I had either made or was in the process of making and 6 weeks on I can now give you an update.

I have lost a stone in weight (A BIG “Thank you” to Angie at Weightwatchers, Carrs Lane, Birmingham City Centre) and I have just completed my third week in my new job based permanently in Birmingham!

Being back in Brum feels good and definitely feels like home.

I was born on the outskirts of Birmingham almost 50 years ago (more about that later!); my parents worked in Birmingham at Birmingham Corporation and British Motor Corporation, British Leyland that was and lucky me, my grandparents worked at Cadbury’s (nom! nom!).  I am a devoted Aston Villa fan and now have my security pass hanging from a Villa lanyard- Sweet!

Many of my friends are based in Birmingham and I have an enviable list of lunch-dates scheduled for 2013. It will be good to catch up with everyone and I am looking forward to being part of an office-based team again.

Benjamin Obadiah Iqbal Zephaniah is a very modern poet. Like me he was born in Birmingham and like me he is an Aston Villa Fan. However, that’s where the similarities end. This guy is extraordinarily talented and contemporary and I love his take on Kipling’s “If” which is so relevant today and, from the looks of it, will be for some time to come yet.

If you can keep your money when governments about you
Are losing theirs and blaming it on you,
If you can trust your neighbour when they trust not you
And they be very nosy too;
If you can await the warm delights of summer
Then summer comes and goes with sun not seen,
And pay so much for drinking water
Knowing that the water is unclean.

If you seek peace in times of war creation,
And you can see that oil merchants are to blame,
If you can meet a pimp or politician,
And treat those two impostors just the same;
If you cannot bear dis-united nations
And you think this new world order is a trick,
If you’ve ever tried to build good race relations,
And watch bad policing mess your work up quick.

If you can make one heap of all your savings
And risk buying a small house and plot,
Then sit back and watch the economy inflating
Then have to deal with the negative equity you’ve got;
If you can force your mind and body to continue
When all the social services have gone,
If you struggle on when there is nothing in you,
Except the knowledge that justice can be wrong.

If you can speak the truth to common people
Or walk with Kings and Queens and live no lie,
If you can see how power can be evil
And know that every censor is a spy;
If you can fill an unforgiving lifetime
With years of working hard to make ends meet,
You may not be wealthy but I am sure you will find
That you can hold your head high as you walk the streets.

Yesterday, for a few fleeting seconds at least, I felt the overwhelming conviction that all is right with the world. Aston Villa look like they’ve escaped relegation, Will is doing well at school, I am only 2 weeks away from some time-out and respite from the hurly-burly that has been adding to my stress levels, and I have finally done something constructive. I have decorated the utility room. Things are definitely on the up and I feel much stronger and more able to cope with minor upsets which before had immediately turned into full-scale disasters. Some of the things that have got to me recently now look trivial and annoying and certainly not worthy of the adverse reaction they triggered from me not to mention all that wasted energy. I have been snappy, impatient, intolerant, hostile and downright horrid. The worst thing is that I was fully aware of these traits all along but couldn’t be bothered and couldn’t care enough to do anything about it.

But that’s depression. Combined with ongoing stress it can render you unable to deal with the most straightforward  of problems and makes you feel incapable, insecure, vulnerable and unable to cope.

But being “on the up” means that I can deal with minor irritations, hurdles and avoid unnecessary confrontation and hostility. It means I can concentrate energy into constructive and positive activities. I can relax and read a book without losing focus every ten seconds. I can plan and organise my routine so that I make the most of each day that I feel well whilst getting enough rest and most importantly I feel in control.

I’d forgotten what  it feels like. Long may it last.

I  love football. I love all sport and always have done, and although I did well playing tennis and really enjoy the challenges that golf brings, it is the team sports like football hockey and lacrosse that I prefer.

I went to watch my team Aston Villa at the weekend and I was struck by the cameraderie and banter amongst the players.  Rumours of dressing room unrest and a string of poor results had led me to believe that all is not well in the camp. I was pleasantly surprised with what I saw and none more so that when I captured the squad whilst warming up before the match watching the big screen in the corner. The screen was showing a replay of their fellow players in the Reserve team thrashing Arsenal 10-1 and how they were enjoying that. They couldn’t take their eyes off the match and were clearly revelling in their collective success. This was great to see and it translated into a great result when Aston Villa beat Blackburn 3-1 with every player working for each other. Teamwork.

I thrive in being part of a team. In all areas of my life teamwork is essential to feeling good and doing well. That doesn’t mean that I don’t enjoy the autonomy I get with my job and the responsibility of making things happen, I do. But it is knowing that I have a great bunch of colleagues in my team who I can call upon for support and knowledge that gives me confidence and security. Teamwork.

Dealing with my highs and lows is also a team effort. My family, friends and colleagues, my wonderful GP and employer are all involved in keeping me on the straight and narrow and I am grateful for their efforts. Depression and anxiety can be an isolating and lonely experience and you can’t fight it on your own. You need a network of people who can help you recover and who will be with you for the long haul. You need to find your tribe and envelope yourself in their understanding. Teamwork.

One of my newest Facebook friends happens to be a vintage (sorry, couldn’t resist that word) Aston Villa fan. Actually he is slightly older than me but what’s  12 months between fellow supporters? My first match at Villa Park was in 1969 so we are talking several years, League Cups, European Cup and yo-yoing between the divisions here. One lazy afternoon we got to reminiscing about the good old days in the 3rd Division and I remembered that I still have my football rattle from the early 1970’s. Whatever happened to football rattles, the vuvuzela of their era?

Whilst I don’t recall their demise, I do remember being told to “shut up” by a grumpy man standing in front of me but when you are ten years old you don’t want to consider the consequences of relentlessly swinging a brand-new-110 decibel (honestly they were loud) football rattle in someone’s right ear do you? They were banned from grounds in the 1970’s for being potential hooligan weaponry. Fair enough I guess. But it got me thinking about some of the other banned items you can’t take to your seats now.

We are going to watch Aston Villa play Blackburn Rovers in the FA Cup this afternoon and as usual we will be without our…..

Bottle tops- Yes folks, you have to forfeit the cap off your bottle of coke before taking your seat. This is to prevent you from throwing it at opposition supporters or the players on the pitch. I understand that they really do hurt if a coin is lodged in the cap too.

Umbrellas-Yep. I had my umbrella confiscated at Villa Park and was given a raffle ticket in return to retrieve it after the game. Thinking about it I suppose that I could have hit or stabbed someone with it, or launched it javelin style onto the pitch.

Bananas- My favourite. What am I going to do without my banana? Apparently when Arsenal were still playing at  Highbury local police deemed that oversized inflatable novelty bananas could, by obstructing spectators’ views, incite violence. One match night police video cameras  scanned the terraces for illicit giant bananas and confiscated them! How funny and how ludicrous. I get why flares, fireworks, flagpoles, knives (!), glass bottles and skateboards are banned but bananas? You’re having a laugh.

So today, I will go armed with my spare bottle top in my pocket, my Villa Christmas antlers which flash in the dark and my lucky scarf but I think I’ll leave my banana at home. 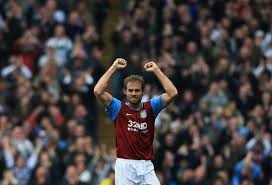