I have some new flowers in the garden this year. Bought as plug-plants last spring and overwintered in nursery beds, they are starting to bloom and everything in the garden looks rosy! 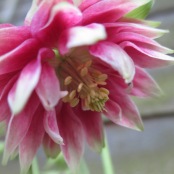 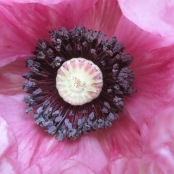 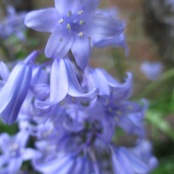 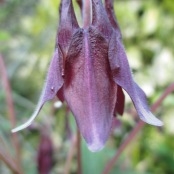 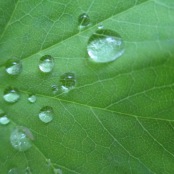 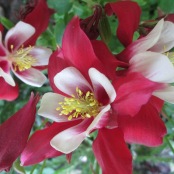 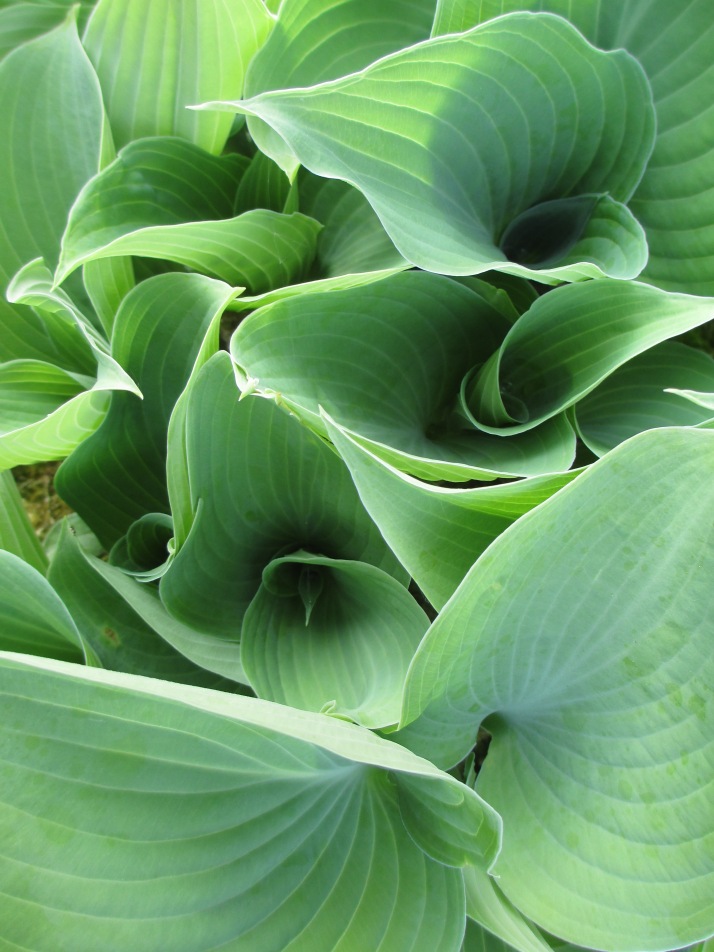 When I last saw my Doctor on Wednesday we chatted at length about the time it is taking me to recover from my latest bout of depression. I suppose like all things, it gets harder as you get older.

She reassured me that I am heading in the right direction, albeit at snail’s pace, but that during my recovery phase I can expect to have good days and bad days. I have to learn to accept the bad days and be kind to myself and I also need to recognise good days and not do too much. I have been waiting for a good day and today has been one of the best for a number of weeks. Of course it is all relative and I need to remember that I am not recovered, I am just not as despairing and hopeless as I have been. But it feels good.

I have achieved more today than I have for a long time but made sure that I had plenty of rest as well in between short bouts of activity.

I managed to pot up my seedlings. Sitting in the lovely warm sunshine with a barrow full of compost in front of me, I was quite content.

I did a tour of my garden taking note of all the new growth bursting forth at last. Here are some of my favourite bits.

Teasel corner for the finches

I love it when the apple blossom appears, especially after the long, dull winter we have just had to endure. It tells me that summer is on its way with the two-tone pink petals happy to unfurl in the warmer temperatures. It also reminds me of one of my favourite poems, Apple blossom by Louis MacNeice;

The first blossom was the best blossom
For the child who never had seen an orchard;
For the youth whom whiskey had led astray
The morning after was the first day.

The first apple was the best apple
For Adam before he heard the sentence;
When the flaming sword endorsed the Fall
The trees were his to plant for all.

The first ocean was the best ocean
For the child from streets of doubt and litter;
For the youth for whom the skies unfurled
His first love was his first world.

But the first verdict seemed the worst verdict
When Adam and Eve were expelled from Eden,
Yet when the bitter gates clanged to
The sky beyond was just as blue.

These words are particularly poignant for me when in periods of extreme low mood as I sense a great deal of hope and encouragement to live in the moment and live life until things get better-which they will. 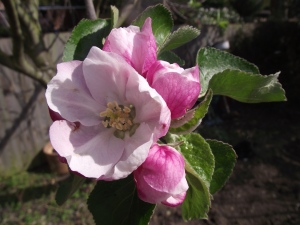 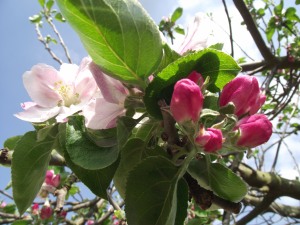