After a shitty court case last week, I needed to chill out this weekend and collect my thoughts ready for another week on Jury Service.  I am on standby again tomorrow and am beginning to wonder if the selection is as random as they say. Whilst any crime which makes the Crown Court cannot be “nice”, some crimes are undoubtedly less emotionally demanding than alleged child sex abuse so here’s looking forward to a good fraud.

My way of chilling this weekend involved making and doing things whilst watching the sport and crime drama repeats on Alibi TV. I needed to make some cards for upcoming  birthdays, and I decided that the front bedroom desperately needs decorating. As hubby is not really the “decorating” type, it falls on me to get started.  I love decorating as it’s really only scrapbooking on a larger scale and I know all about hanging wallpaper, priming and painting, filling and sanding, so I am in my element. Sadly however I ran out of filler, I couldn’t take the manky cupboard doors off their hinges and the electric sander is required to remove the plaster bumps left by the builder we employed three (yes 3) years ago. Whilst I love decorating, I have a fear of electric tools; drills, sanders, paint removers are “men’s work” so I need to speak nicely to hubby if I am to progress.

When I was waiting for paint/filler to dry, I did make some cards for my twin niece and nephew who are 25 soon; a ” New Home” card for my neighbour Jenny who is moving in 2 weeks time 😦  and a Father’s Day card for my ex-husband, Will’s dad. We will miss Jenny, her dogs and chickens. She has been a lovely neighbour for six years and we are very sad to see her go. Hubby did try and sabotage the move but was thwarted in the end and she has her wish to move closer to amenities. (We have no shop, no garage, no nothing, so it has limited appeal unless you have a car or don’t mind living in a commercial wilderness).

So, all in all, a relaxing weekend was had by all and here are some of the fruits of my labours; 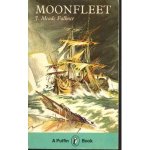 I loved this book as a child. Full of excitement and romantic adventure it was on my bookshelf for years and years well- thumbed from repeated readings. There are very few books which I am inclined to read more than once and this is one of them.

I searched for my childhood Puffin copy at the weekend but it must be stored away safely in the loft so I treated myself to a new version yesterday. I have read a few chapters and I still love it. This has set me thinking about other books I read and enjoyed when I was younger and whether they still hold the same attraction. I’m certain they will so I just hope I can find them!

It just so happens that one of my other guilty pleasures, Chris de Burgh, has resurrected the story and set it to music. Perfect for me!

I have read many books about depression but I have never read such a wonderfully written, poignant and honest account of this illness which focuses on the effects of bi-polar depression on the family of the patient, Michael’s daughter Sally,  rather than the patient themselves. That is not so say that Sally, her symptoms and recovery, are overlooked, and reading this book as a parent myself, I felt every sympathy for Michael. I come from a family which has been affected by depression for generations and I live in constant fear that my 15 year old son will present symptoms at some point. I hope not, and so far so good. But how would you cope if your child went mad overnight, which is what seemingly happened to Sally Greenberg, Michael’s teenage daughter.

Michael and his family suddenly have to deal with Sally’s apparent swift descent into manic depression and her extreme highs and lows. Behaviour which they had previously thought of as typically adolescent.  This all changed when Sally was brought home by the police one evening after she had run into a busy road thinking she could stop the traffic. Sally was subsequently admitted for inpatient psychiatric care  and then come the real battles. The family experience the prejudice and the stigma towards mental illness, the heart breaking affect of the strong anti-depressant and mood stabilising drugs that Sally had to take to get her back on the road to recovery and the overwhelming feeling of guilt that they should have spotted the early signs of psychosis earlier and somehow prevented the breakdown. Frightening stuff and Michael does not shy away from the problems experienced by the whole family as they come to terms with Sally’s illness and the realisation that she will never be the same.

Although I found this book to be a positive and intimate account of  Michael’s experiences, don’t expect a happy ending. Bi-polar depression doesn’t go away overnight and the book ends with a summary of Sally’s troubled life to date which gives the reader an indication of the hard work, perseverance and self-awareness that people like Sally have to demonstrate just to lead a life. It is energy sapping just to read about it, but hopefully, this heart-warming story of survival will help people understand a little more about mental illness and it’s effect on everyone concerned and perhaps make them want to learn more.

Michael and Sally talk to The Times March 2009

The series of books about the continual fight between the honest village priest Don Camillo and his dastardly enemy Peppone the Communist Mayor have long been a favourite of mine and it is a shame that the books are currently out of print. You can obtain second-hand copies of the Giovanni Guareshi books quite cheaply and I recommend them for a bit of light entertainment and gentle humour. The introduction to the first book in the series is reproduced below and gives you a taste of what joys await.
The Little World of Don Camillo

The little world of Don Camillo is to be found somewhere in the valley of the Po River. It is almost any village on that stretch of plain in Northern Italy. There, between the Po and the Apennines, the climate is always the same. The landscape never changes and, in country like this, you can stop along any road for a moment and look at a farmhouse sitting in the midst of maize and hemp—and immediately a story is born.

Why do I tell you this instead of getting on with my story? Because I want you to understand that, in the Little World between the river and the mountains, many things can happen that cannot happen anywhere else. Here, the deep, eternal breathing of the river freshens the air, for both the living and the dead, and even the dogs, have souls. If you keep this in mind, you will easily come to know the village priest, Don Camillo, and his adversary Peppone, the Communist Mayor. You will not be surprised that Christ watches the goings-on from a big cross in the village church and not infrequently talks, and that one man beats the other over the head, but fairly—that is, without hatred—and that in the end the two enemies find they agree about essentials…

And one final word of explanation before I begin my story. If there is a priest anywhere who feels offended by my treatment of Don Camillo, he is welcome to break the biggest candle available over my head. And if there is a Communist who feels offended by Peppone, he is welcome to break a hammer and sickle on my back. But if there is anyone who is offended by the conversations of Christ, I can’t help it; for the one who speaks in this story is not Christ but my Christ—that is, the voice of my conscience.

Books in the Don Camillo series: