My favourite word is TOLERANCE as in ” the capacity for or the practice of recognizing and respecting the beliefs or practices of others.”

I must have been twelve or thirteen years old when our Headmaster at the time spoke about the meaning and importance of tolerance and his words have stayed with me for all those years. At the time I had little appreciation of how increasingly important tolerance would become in our wider lives be it racial, religious, political or cultural.  We would all benefit from being more tolerant.

Tolerance however begins at home and teaching your child not to judge or make uninformed assumptions, to avoid stereotyping and not to exclude a person just because they are different may be one of the most long-lasting and beneficial life-lessons they can learn. 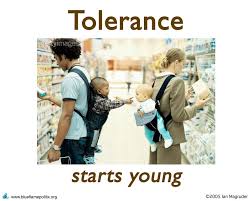 I have made a big effort to instill my beliefs about being tolerant in my son and I am never more proud of him then when he talks to me about his disgust at school bullies and his disappointment when peers tease and torment less able pupils. On occasions he has stepped in to stop it and protect those targeted.

He understands the importance of accepting people for who and what they are. Although extremely bright and capable himself he doesn’t boast and he doesn’t criticise or mock those less able. His friends are an eclectic mix and make his life more diverse and interesting. 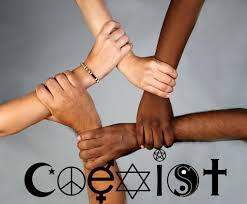 I am convinced that the practice of tolerance is the way forward in today’s mad, bad world and hope that more people are more tolerant about more issues in future. 🙂 We can but hope.