Following on quickly from the cathartic exercise of writing to JSP, a strange thing happened. At 4am on Wednesday 26 May, I woke up with the sole intention that day to tell some of my closest friends and colleagues that I have depression and to commit to helping eradicate the stigma attached to mental illness. I have no idea why I woke up on that particular morning with that particular goal in mind but I was obsessed. At this point, only 2 or 3 people were aware of my struggles.

I wrote my email and by 5am, it was ready to send to approximately 30 people at work. My finger hovered over the “send” button but for a millisecond before I launched my confession into cyberspace. At the time I felt a mixture of dread, relief, anticipation but most importantly I felt clean. I could be who I am. No more acting or pretence which is exhausting and whatever the outcome, I sensed that I had done the right thing at the right time.

It didn’t take long for the responses to come flooding back and the comments I received were overwhelmingly positive. I don’t use that word lightly. It was simply overwhelming.

“Well done, I think your strength and generosity is incredible”

“What an incredibly positive thing you are doing”

“I am so proud and impressed. You are indeed an inspiration”

What followed on from this email has been nothing short of amazing and I am not going to go through the detail here but will list some events briefly so that you get an idea of how big this topic has become in my life since last May.

As you can see, events have rather taken over and as I have tried to combine all this with a full-time job which involves travelling the length and breadth of the UK  I am paying the price now. I am mentally and emotionally exhausted. 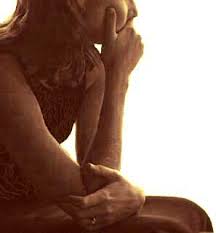 I was so worn down at the beginning of November that I was advised to take some time off work to recuperate.  I didn’t want to speak to anyone, go out anywhere or do anything. I wanted to be left alone, in peace and quiet with just my thoughts. That didn’t work completely as I still had lots that I needed to say. Unable to converse without bursting into tears I began to write more and more. I filled notebooks and journals with poems, stories and experiences. All my pent up emotions from the last 30 years were being poured out onto paper.

Then I decided to create a Blog for me. Like many people, I didn’t expect anyone to read my posts. Why would they? And so it began. I’m not terribly clever with IT, but I have managed to create a Blogging environment which I am happy with. I chose the name Poppyposts as the flowers in my garden last year were so beautiful, and the photos I had of the poppies were my favourite. The bright orange showy blooms symbolise the vibrant person inside waiting to escape, but they are also some of the most fragile flowers in the border. A sharp gust of wind, or heavy rain shower  can soon put paid to the petals so I try and protect and shield them by surrounding them with stronger more resilient shrubs. The shrubs may not be so colourful but they work hard and are a constant support for these delicate plants.

Poppyposts is therefore part of me and I am nurturing it as best I can with the much welcomed support of anyone who cares to provide it. For everyone who has so far connected with me and left their kind words for me to read, I am most grateful. Although I don’t expect people to read my witterings, it’s undoubtedly nice when they do.

For anyone who cares to join me and my friends for the journey, you are more than welcome.

Thank you for making it to the end-you must have one of the many of the attributes I lack. Patience.